Book Review: The Queen’s Sisters, The Lives of the Sisters of Elizabeth Woodville by Sarah J Hodder 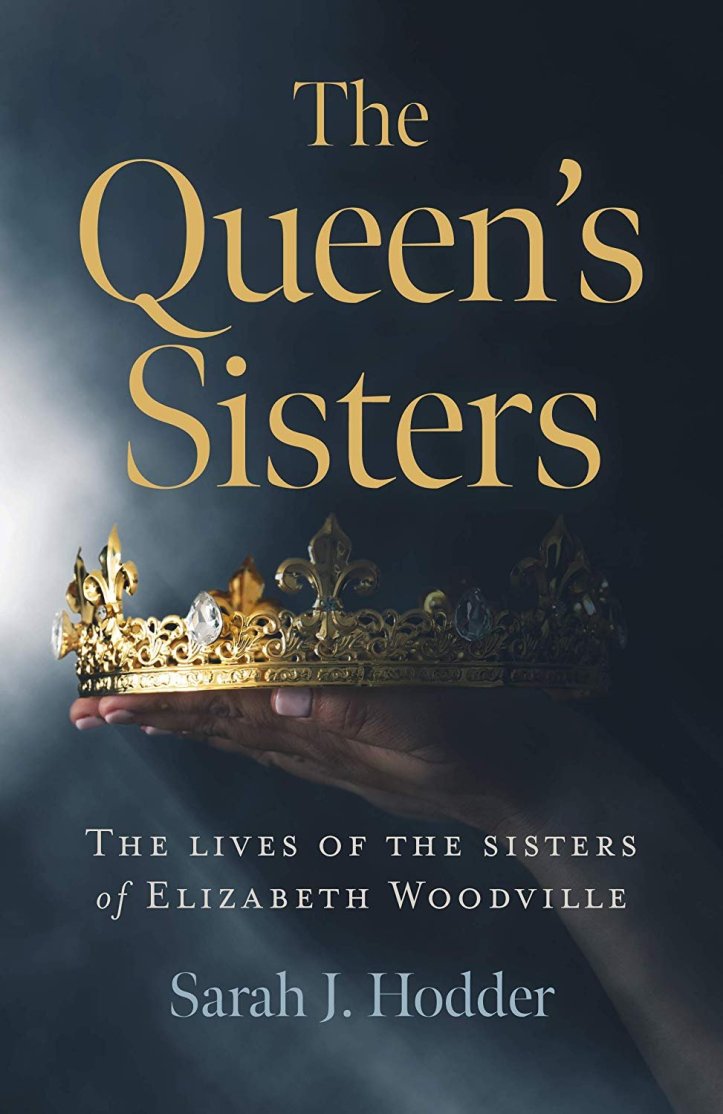 Whether Queen or commoner, the lives of women throughout history is a fascinating study. Elizabeth Woodville, ‘The White Queen’, managed to make the transition from commoner to Queen and became the epitome of medieval heroines the commoner who married a King. When she became the wife of Edward IV her actions changed the life of her entire family. Vilified both by their contemporaries and by many historians since, the Woodville family were centre stage during the reigns of Edward IV and Richard III. Elizabeth Woodville became the ancestress of future Kings and Queens. This book takes a fresh look at the lives of Elizabeth’s sisters. Although information on them is scarce, by looking at the men they married, their families, the places they lived and the events that they lived through we can catch a glimpse of their lives. Each sister has their own story to tell and they may not have achieved the dizzying heights that their sister did, but they are all fascinating women.

The first thing I want to mention about this book is the cover, it’s a beautiful cover! I love the image of the crown half in light, half shadow which I suppose is how Elizabeth’s sisters lives were, thrown into the light of the court but in the shadow of their sister at times.

This is a fantastic debut! Beautifully written and referenced throughout. The book dedicates a chapter to each of the Woodville daughters and I really liked the citation used at the beginning of each chapter.

There is little information available on these ladies and the author has done a fantastic job of researching what’s available and bringing it together to provide a glimpse of the lives of these females and the impact on their lives following their sisters marriage to Edward IV.

It’s a short book but I enjoyed it as I found Hodder has stuck to the topic when it would have been easy to fill more pages with unnecessary information about the era.

I am hugely interested in the Plantagenet and Tudor era so this grabbed my attention straight away and I was not disappointed. My only regret it that there isn’t more information available as I like the authors writing style and could easily have read more! I am looking forward to reading more by this author!

The Queen’s Sisters is available for pre-order now and I certainly recommend you grab a copy! It will be released on Friday!

Thank you to Chronos Books for the opportunity to read this in exchange for my review. My opinion is my own.

The Rose and the Thistle

Random historical chatter about Scotland, Scottish or British history, the sixteenth century, the Reformation, or Mary, Queen of Scots. I may also throw in a thing or two about the Middle Ages.

Book reviews and previews from an avid reader!

Unraveling the threads of history, one story at a time...