Book Review: Above All Others, The Lady Anne book 3, by G Lawrence 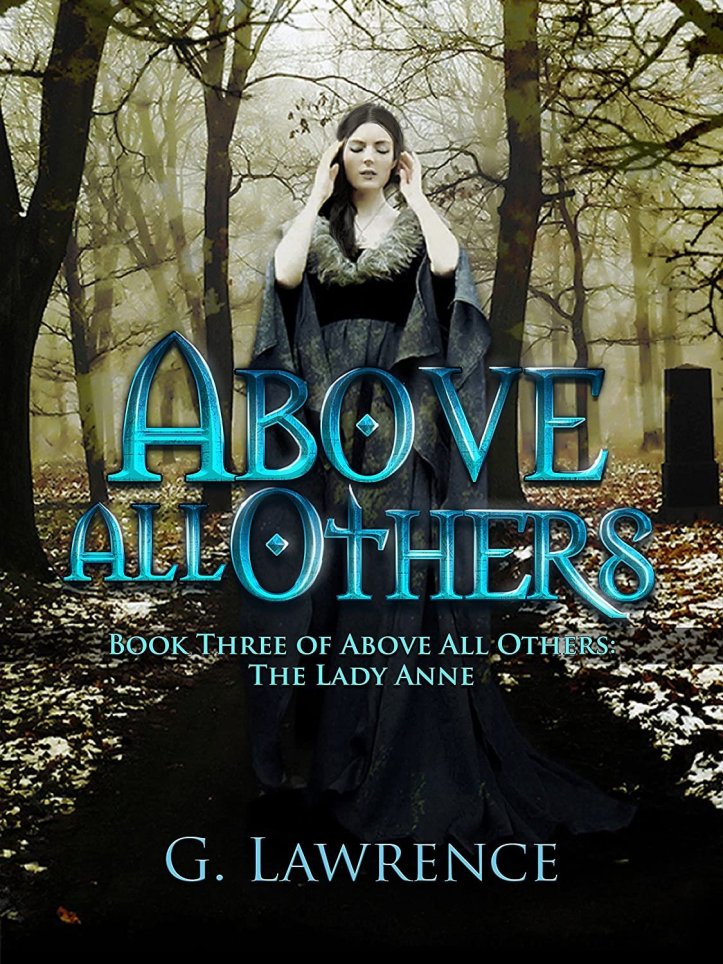 Anne Boleyn has won the heart of her King. Promised a crown, and a place beside him on the throne of England, Anne’s future is dazzling… But her challenges have only just begun.

Quickly it becomes apparent there are many opposed to the annulment of Henry’s marriage, and to Anne taking Katherine’s place as Queen. One enemy becomes clear above all others; Cardinal Thomas Wolsey, Lord Chancellor, beloved friend and servant of the King.

As Anne rises to pit herself against the most powerful statesman in Europe, she begins a struggle that would change English history and shake the foundations of the Catholic Church.

The third book in this series commences from the end of the second and covers the years between 1527 and 1530.

Lawrence continues to take the reader through the experiences of Anne Boleyn in her quest to marry Henry VIII. This time it focuses mainly on her relationship with Cardinal Wolsey and their struggle for supremacy in relation to Henry’s love.

One of the reasons I am really enjoying this series is the attention to detail. Lawrence doesn’t just tell her story, she makes you feel like you can close your eyes and see the court, the clothes, almost taste the food, it’s incredible.

Henry fed me kissing comfits of sugar fondant with his own fingers, and mounds of syllabubs naughtily called ‘Spanish paps’ by the court,wobbled on their plates.

I disliked Anne in this book, not the fault of the author at all I just disliked how manipulative Anne became. It’s difficult for us to ever know the small details but I found myself feeling really sorry for Henry and Wolsey. Even though I know the outcome, part of me hoped Anne would get cast aside but to me that’s the sign of a great book, it can make you wonder on what could have been different.

I love how these books are told from Anne’s perspective with her feelings laid bare and thinking back on the consequences of her actions, the retrospective thinking gives an alternative way of seeing things through Anne’s eyes.

Overall, another fantastic read and I very much look forward to reading the fourth instalment, The Scandal of Christendom.

Above all Others is available on Kindle unlimited
Amazon UK